History of The Red Oaks School 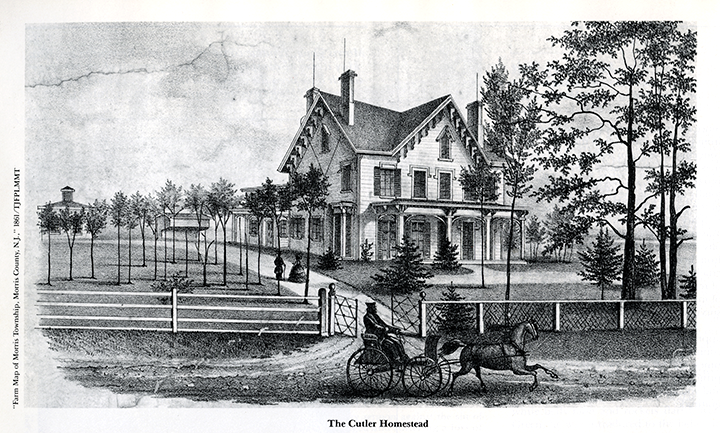 The history of The Red Oaks School is rooted in a pioneering educational spirit and a commitment to dynamic education based in the most current validated research in education. In its more than 50 years of operation, Red Oaks’ trajectory has set a standard for innovation and continued growth.

In the mid-1960s, a seminal decade that shaped a new popular culture dominated by the concepts of individuality and freedom, a group of about 10 area couples with young children, many of them local university graduate student families, seeking dynamic tools for educating their children, began holding Montessori classes in their homes. Enrollment soon doubled and the new school, established in 1965 as the Montessori Children’s House of Morristown (MCH), needed a home. In 1966, the school occupied a former schoolhouse in the Collinsville section of Morristown and in April of 1968, school officials purchased and renovated the historic Cutler Homestead at 21 Cutler Street, in Morristown – Red Oaks’ current Early Childhood and Elementary campus. The original structure, at the heart of the building, was erected in 1799 by Joseph Cutler for Silas Condict, a 19th century farmer, surveyor, Revolutionary War patriot, and member of the Continental Congress.

By the end of the 1968-69 school year, Montessori Children’s House enrollment was up to 100 students and the school had become a member of the American Montessori Society. (AMS accredited with non-traditional Montessori age groupings.) In 1973 the Lower Elementary program was added for six- to nine-year-olds, and in 1975 the National Park Service designated the building a National Historic Landmark. 1982 was the first year of the MCH Upper Elementary program for children through 6th grade.

In 2006, in preparation for a major expansion of the school to include a middle school program, Montessori Children’s House changed its name to “The Red Oaks School”. In September 2012, Red Oaks Middle School opened its doors at 340 Speedwell Avenue, a completely renovated, state-of-the-art academic complex, and in 2015 graduated its first 8th grade class.

In spring of 2017, the Red Oaks Middle School was authorized as an International Baccalaureate (IB) World School for the Middle Years Programme (MYP). We are the first school in Morris County (and one of only five schools in NJ) to achieve this prestigious designation! As such, we are now proud to offer a unique interdisciplinary curriculum that integrates two internationally recognized programs — Montessori through 4th grade and International Baccalaureate at the middle school level — with the latest and best in evidence-based pedagogy.